The inland terminal is connected daily by inland shipping and rail to the deepsea terminals of ECT in Rotterdam and several times a week to Antwerp. For many shipping companies, Rotterdam is the first & last port of call in Europe. Transport via Rotterdam, instead of via Hamburg, can therefore often be a few days faster.

Hutchison Ports Duisburg operates 24/7, is AEO and ISPS certified, has open access for all and is a depot for all major shipping lines. 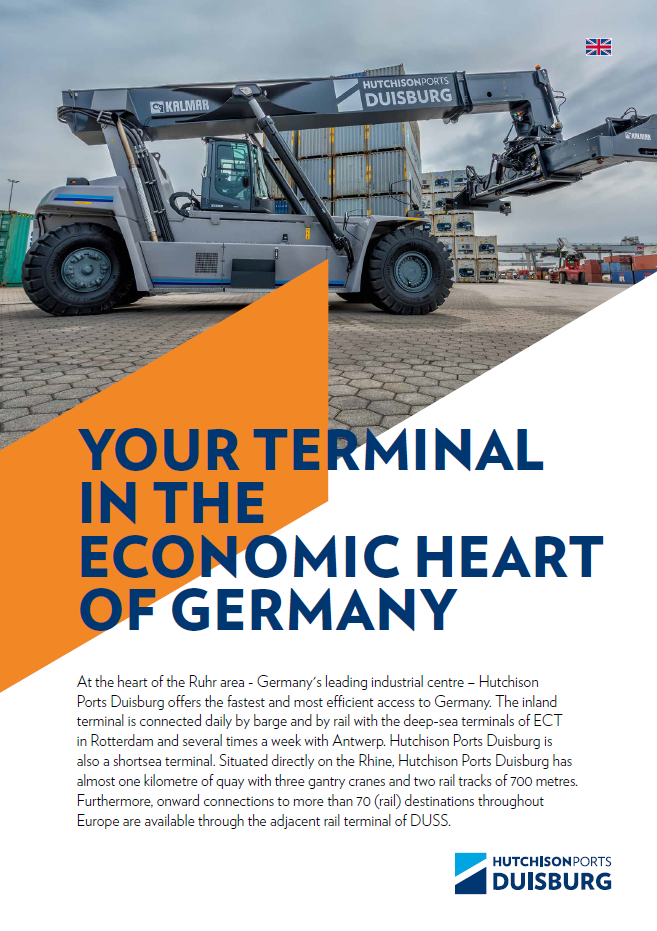